A short time after Jorge Johnston, CEO of a Manhattan high-tech weapons company, reaches out to Southern California Investigative Reporter, Diana Chambers for investigative help, he dies a horrific death, along with two coworkers.  And they are only the first to die!

Available at Amazon in Print, Kindle and Audiobook. 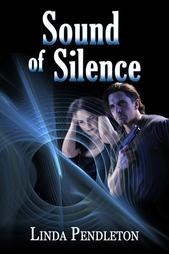 Diana Chambers turns to former FBI profiler Robert Venturi for help and they discover the lives of several scientists are at extreme risk.  Who is behind the mysterious deaths?  Is it a small group of high profile wealthy business men with international ties and questionable intent, as Jorge Johnston believed?

Chambers’ investigation has led her to questions the motives of her own government, the intentions of the HAARP technology in Alaska, and other so-called non-lethal weaponry.  Is this technology lethal, not only to the environment, but also to human life?  Is mind-control real?  Have high-tech weapons of “non-lethal” properties ended up in the hands of those with evil intent? And is to think that, nothing more than an irrational conspiracy theory?—Or is it fact?

Robert Venturi begins to question his knowledge of military technology as their investigation reveals years of covert activities and legitimate scientific development.  What they discover is terrifying and dangerous, and yet he is as determined as Diana Chambers to put a stop to the killings, regardless of the fact that their own lives are on the line.

“A Delightfully Wicked Mystery:  Sound of Silence opens with a quiet bang, the totally silent murder of three men in a corporate board room...As one of the men is dying he sends a desperate text to his former sister-in-law and the story never stops running from there. This was a great novel from start to finish and one that you shouldn't miss!”  ~Bill Craig, Author

The author was exceptional in her choice of characters and real life plots, holding my attention so I could hardly put the book down. Suspense and intrigue filled the air as some of her characters sought to ignore law and the lives of others in pursuit of financial gain and abuse of scientific achievements. She digs deep into secret military technology not generally known by the public. Other characters joined forces in unique manner to bring the story to a realistic climax. She indeed researched her subject to ensure her story would stay with the facts, with novel inserts; captivating to the end." ~BandonPaul