Linda Pendleton and her husband, novelist Don Pendleton, wrote the nonfiction inspirational book, “To Dance With Angels,” which was published in hardcover in 1990 and had four editions.  Linda wrote a new Introduction to their classic book and published an Amazon Kindle and new print edition in 2011.  Considered to be a definitive study of man’s spiritual nature and place in the universe, “To Dance With Angels” is structured around in-depth interviews with the “grand spirit,” Dr. Peebles and explores life after death, reincarnation, spirit guides, and spirit communication.  James Martin Peebles lived from 1822 until 1922, and has communicated from the other side throughout the years since his death.  For Don and Linda Pendleton, “To Dance With Angels” was a book that had to be written.

Linda wrote “Three Principles of Angelic Wisdom: The Spiritual Psychology of the Grand Spirit, Dr. Peebles,” a follow-up to “To Dance With Angels,” in which Dr. Peebles speaks again, this time through Linda Pendleton.  In the parting of the veil between worlds, Linda discusses with Dr. Peebles his spiritual psychology and ways to incorporate his teachings into our daily lives.  She also shares with readers biographical history of the terrestrial life of Dr. Peebles, showing the parallel of his lifelong spiritual philosophies and his current teachings that now come to us from the spirit world.  “Three Principles of Angelic Wisdom” was chosen as an EPPIE 2002 Award Finalist, given for the finest in electronic literature.  It is now available in print and Kindle.

Linda Pendleton’s writings cover a variety of genres: fiction, nonfiction, screenwriting, Comic book scripting, short story, and poetry.  Born and educated in California, Linda enjoyed writing as a student but most of her writing at that time was limited to school research papers.  During the mid-1960's, she wrote a couple of children’s stories on which she collected a few rejection slips.  One nonfiction book proposal gained the attention of a New York publisher’s children’s book editor.  He encouraged her to complete the book, and she now laughs about it:  “I chickened out, assuming the book would end up being rejected.”  She went on to publish several articles in regional newspapers over the next fifteen years and had a poem published, all giving her confidence in her writing ability, but apparently not enough to pursue a serious writing career.

Linda credits the inspiration and guidance of author Don Pendleton as returning her to serious creative endeavors.  Don and Linda met in January of 1983 and it was his encouragement and enthusiasm for her talent that led her to again explore her creativity.  She wrote her first novel that year in a few short months.  Although the novel has never been published, and she admits it probably never will be without a good rewrite, she states that it was the thrill and satisfaction of completing the novel that gave her the confidence to write another book.

Don and Linda Pendleton were married in 1985 and soon began writing collaborative works, both fiction and nonfiction.  Their first collaboration was the nonfiction book, “To Dance With Angels.”

Don Pendleton was widely known for his “The Executioner: Mack Bolan” series of thirty-seven original novels.  The first book in the action/adventure series, “War Against the Mafia,” was published in 1969.  Don wrote more than a hundred and twenty-five books in his long career and his more recent novels, published after 1985, include the “Joe Copp, Private Eye” mystery series and the “Ashton Ford, Psychic Detective” series.  Don died in 1995.

In December of 2014, the original Don Pendleton Executioner Series was published by Open Road Media as ebooks. Open Road recently have published the first three books of the Executioner in print.   A Mack Bolan film has been optioned several times over the years, but has yet to make it the screen. In January 2020, the first five of the Executioner were licensed to Tantor Audio books, and should be ready by summer of 2020.

Together, Don and Linda wrote the crime suspense novel, “One Dark and Stormy Night...the Search for the Sunrise Killer.”  It turned out to be Don’s last novel.  It was published for the first time as an ebook and the novel received the EPPIE 2001 Finalist Award.  Linda has published it in print and Kindle format under a new title:  “Roulette: The Search for the Sunrise Killer.”

Linda wrote “A Walk Through Grief, Crossing the Bridge Between Worlds” in which she explores her own spiritual experiences following Don’s sudden death, and those of others who have lost loved ones, in a revealing and enlightening manner which lends credibility to the understanding that consciousness survives death of the physical body.

Linda’s fiction suspense thriller, “The Unknown,” is in print and ebook format, and was previously titled “The Dawning,”

Her first short story won first place in a Short Story Writers contest and is available in Kindle and other ebook formats as “The Masquerading Cowboy, A Novella.

She has published three books in her Catherine Winter, Private Investigator Series. She published an historical novel, “Corn Silk Days, Iowa, 1862,” which was inspired by the actual Civil War letters of her great-great-grandfather, a Union soldier from Iowa.  “Sound of Silence,” a suspense thriller, was released in 2012.  "Deadly Flare-Up: A Richard McCord Novel," was recently published and Linda hopes it to be only the first book in the Richard McCord Private Eye Series.  Her first Western, "The Bold Trail, A Samuel Garrison Western" was published in 2018 and she is currently working on a second Samuel Garrison Western.   The Western and several of her novels have recently been released in German language editions.  Her latest nonfiction book is a biography of Dr. James Martin Peebles, who lived from 1822 to 1922.

Linda’s lifelong interest in the fields of metaphysics and the paranormal has colored her writings and research.  For two years she wrote a monthly column for a metaphysical magazine.  She has written two online ecourses, and after several years, the publisher closed.  Linda has now published two books of her previous ecourses on spirit communication, "Softly With Love;" and "Journey to the Heart" in 2017.

Linda is a member of Western Fictioneers, a former member of Sisters in Crime, and The Authors Guild. Although most of her time is devoted to her love of writing, Linda also enjoys the exploration of her family genealogy.  She lives in the West.  She has a Ragdoll cat, Max, who is also part dog and part space alien.  Although Max replaced her psychic cat, Snickers after he passed, she’s sure Max was given a few genes from Snickers.  They call that “genetic tinkering,” and she’s sure those responsible are out there in the cosmos somewhere.

She has a daughter and son, four grandchildren, and four great granddaughters. 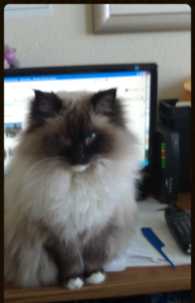 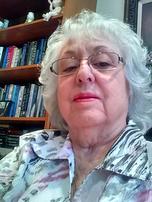 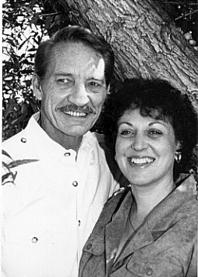 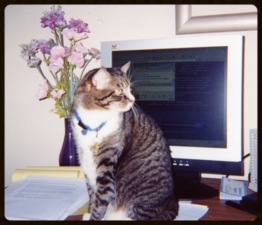