Private Investigator, Catherine Winter has seen it all in her many years as a Southern California PI. Widowed and in her sixties, she has no desire to retire. She frequently says she will not give it up as long as she can hit a target with a .357 slug. Determined, and dedicated, she often works alongside the Los Angeles police in investigating crimes.

She enjoys a romantic relationship with Homicide Commander John Anderson. Although at times considered a little outrageous, she has the respect of police officers she has worked with in her long career. She has seen it all and does not flinch when up against the criminal world. Determined, open minded, she relies on her intuition in investigative work.

In Shattered Lens, the stalking of two young professional print models leads Catherine Winter into the dark and dirty shadows of Hollywood’s entertainment elite. Portraits of these people become distorted and out of focus as murder, pornography, illicit drugs, and blackmail, color the view while Catherine searches for truth.

“Whenever I am confronted with death, I cannot help but be aware how fragile life is and how vulnerable we are. Everything can change in a split second.” ~Catherine Winter, Private Investigator

“What makes the book so pleasurable to read outside of the brisk pace is that nothing comes easy for Winter. She has to "earn" it in the same way that Linda has earned her right to sit at the top with today's other crime writers. The inside look at Hollywood and surrounding areas rings with authenticity. As a writer, I've often been disappointed in a lot of mysteries on the shelf but I knocked this one out in no time at all. Yeah, it was just that easy. Part police procedural, part hardboiled, and all entertaining, this one's a keeper.” ~Jon Guenther, Author, Soul Runner; Finding Faith; Chaser Series.

“Great! Another page turner I couldn’t put down. I really enjoyed the main character, Catherine Winter, Private Investigator. Interesting, no nonsense, but fun, well rounded older gal. She is just as interesting and sexy as the younger ones. She’s also a great detective. Meets up with some interesting characters to solve this crime of murder. Of course things are never as easy or clear as they seem. You will definitely enjoy this one.” ~Anne L Boss

“A great new voice! I found Shattered Lens: Catherine Winter, Private Investigator to be an original first novel that would make Don Pendleton proud! Catherine Winter is a fitting successor to Joe Copp and I think the two of them would get along well! The characters are engaging and make you care about them. The details of Los Angeles and Hollywood are vivid and gritty. If you like Raymond Chandler or Dash Hammett, you'll love Catherine Winters! Welcome Linda to the growing members of Crime writers!” ~Bill Craig, Author of the Marlow Mysteries, Decker P.I. Series.

“Linda Pendleton has created a great female PI in Catherine Winter. My autographed copy of Shattered Lens arrived in the mail today. That was about 2:30 P.M. It is now 8:30 P.M and with time out for lunch and dinner, I just finished it. It was hard to put down. Linda's characters were well developed and the plot was intriguing. Catherine Winter is a smart, funny, no nonsense investigator, yet sensuous and sexy in her sixties. She proves that not all PI work is glitz and glamour. Hard work prevails as she unravels the clues in this fast moving mystery. The late Richard S. Prather was right, Shattered Lens is a brilliant debut. I'm a fan.” ~Don Yarber, Author, Bodies and Beaches and Corpses and Canyons

“I enjoyed Shattered Lens very much. Catherine Winter is a good private investigator. I look forward to more stories.” ~R. A., Southern California

On an early spring morning in Los Angeles, the badly beaten body of USC professor of astronomy, Frederick Holloway is found outside Griffith Park Observatory. In their hunt for his killer, Homicide Commander John Anderson and his detectives must determine if the professor is the victim of a hate crime, a random attack, or a premeditated killing. Found in Holloway’s wallet is a business card belonging to Catherine Winter, Private Investigator. Catherine does not know why this stranger has her card. The mystery surrounding his death begins to unravel as his significant-other, bestselling author Andrew Bartain hires Catherine Winter to locate Frederick Holloway’s son, and to find his killer. In the search for truth and justice, the images of the victim and persons of interest become fractured and must be meticulously and precisely put together into a solid pattern to find his killer.

“In this business you try your best to harden yourself to looking death straight in the eye but every time you are forced to face it you realize how damn vulnerable each of us are.” ~Catherine Winter, California Private Investigator

"Catherine Winter is at it again! This sexy sixties PI is caught up in the mystery of why her business card shows up in the wallet of a dead man. Her approach to solving the murder leads her into a corporate world where two timing dames, crooked attorneys, and greed seem to be the agenda of the day. A unique mystery, a hint of romance, and realistic characters combine to make this second PI novel by Linda Pendleton, one that will grab and hold your attention." ~Don Yarber, Author

"I rarely read detective type books, but I am becoming hooked on Catherine Winter. I found I didn't want to put Fractured Image down since I wanted to know the ending of all the intrigue. I hope Linda Pendleton will continue with this series." ~Evelyn Cook

The divorce of a gifted singer and songwriter leads Catherine Winter into the dark shadows of drugs, sex, and power.  Determined to find the killer of an entertainment attorney to Hollywood's elite, Catherine discovers the multifarious and convoluted connections between several people as she searches for truth and justice. Working closely with the Los Angeles Police Department, and teaming up with former cop and private investigator, Joe Copp, the hunt is on to find a killer.  Catherine Winter has seen it all in her many years as a Southern California private investigator, and now in her sixties, she's as determined and dedicated as ever.

Thanks to my late husband, Don Pendleton, for creating such a great character in Joe Copp, PI. I'm pleased to bring Joe into Catherine Winter's life in this novel. ~Linda

"Linda Pendleton's writing could take the rust off the Rust Belt and your eyeballs as well. Get you BACK to reading!!" ~Robert W. Walker, Author

"Having worked in the music industry in Los Angeles, I felt a particular connection to Linda Pendleton's latest novel, Shifting Focus. While music is an art form, promoting the artists is more about profit than talent, and where money rules, danger often follows. You'll feel like you're right there on the edge of corruption with Private Investigator Catherine Winter as she pulls back the curtain on Hollywood's steamy secrets." ~Chelle Thompson, Author and Editor 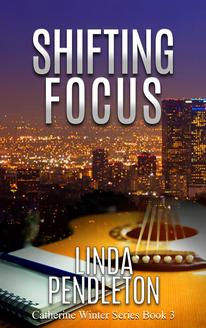 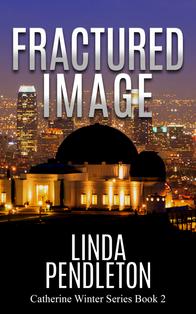 “Hollywood is glitter and gutter.  Some make it to the top and stay there, basking in the splendor of it, while others hit bottom and are engulfed by the ugliness of it.” ~Catherine Winter, Private Investigator

"The divorce of a gifted singer and songwriter leads Catherine Winter into the dark shadows of drugs, sex, and power.  Determined to find the killer of an entertainment attorney to Hollywood's elite, Catherine discovers the multifarious and convoluted connections between several people as she searches for truth and justice. Working closely with the Los Angeles Police Department, and teaming up with former cop and private investigator, Joe Copp, the hunt is on to find a killer.

"The badly beaten body of USC professor of astronomy, Frederick Holloway is found outside Griffith Park Observatory. In their hunt for his killer, Catherine Winter, along with Homicide Commander John Anderson and his detectives, must determine if the professor is the victim of a hate crime, a random attack, or a premeditated killing." 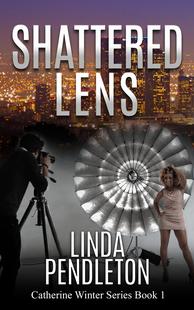 "Greed, power, and sex—that's all some strive for, all they desire. And eventually it destroys—or kills. Welcome to the world of entertainment, Hollywood style." ~Catherine Winter, Private Investigator 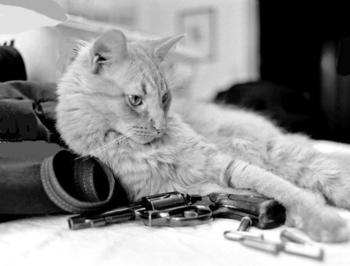